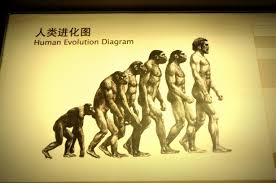 The origin of human has occurred in Tertiary epoch, but for the first time in India, the earliest evidence of humans is about 5 lakhs years ago from the Pleistocene period, although the origin of life occurred 35 million years ago. The remains of the oldest human is about 2 crore years old, whose height was 3-4 feet,  used to live in the thick forests of Africa. We know this by the name of Ramapithekus.

For the first time the hand was used freely and the tools for the first time were also used. The fossils of Homohabilus is about 2.5 million years ago and the earliest evidence of tool making comes from this age. Their brain capacity was about 600 cc as compared to Australopithecus of 500cc , they had a new trick to survival, they fashioned rocks and sharpened in such a way so that they can easily butchered the carcass of animals easily.

An extinct species in the Genus Homo from around 700,000 to 300,000 years ago in the middle Pleistocene age found in the regions of southern Africa, East Africa and from Europe. Its fossils (ancient human jaw)  was found in 1907 near a village Heidelberg Germany‘ The average height of male was about 5 ft 9inch and average weight was around 62 kg.

Human stood for the first time upright and walked, Homoerectus can be further classified as Java man and peking man. Around 1891-92 an early human fossils was discovered on the island of java in Indonesia on the bank of solo river in trinil village known as Java man.Also called as pithcanthropus. Fire was first discovered by Java man
Peking man is another example of Homoerectus discovered at Zhoukoudian in Beijing around 1923- 27. this fossil roughly dated 750,000 years ago. Also called as Cinanthropus.

They used to live into the Caves of Neander river valley’s canyon in Germany. Different classes and labour disribution started among them. They started burying the dead people with some useful things for their use. They started using fire in large scale . They also had the knowledge of letters. It shows that there might be starting of cultural developed society. The fossils of Neanderthal roughly dated between 300,0000 to 200,000 years ago. 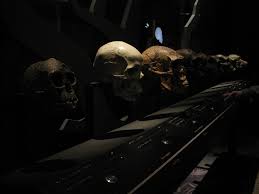 A large number of early human skeletons were found in the Dordogne region of southwestern France near the town of Les Eyzies De Tayac in 1868 into the cave at Cromagnan. French Geologist Edouard Lartet investigated that cave and found Cro- Magnon skeletons were roughly dated between 10,000 to 40,000 years ago. The brain capacity of Cro- Magnon was somewhat larger than modern humans. The brain capacity was about 1600 cc ( 100 inches). Their body were solid and
muscular.

Its origin started in Upper – Paleolithic age around ( 40,000 – 10,000 B.C).The name Homo Sapiens was given by Carolus Linnaeus, also known as the father of Taxonomy. Only Homosapiens can be assumed to be fully man but even the definition of Homosapiens is in itself ,a active debate.

It is also known as Pre-historic age . Based on the evidence History can be devided into three parts.

The time period in which, there were no written evidence available is known as Pre- historic Age. To study it we have to rely on archaelogical evidence only.

The time period in which both written and archaelogical evidence available but the written evidence couldn’t deciphered yet known as Proto- historic Age.

The period in which both written and archaelogical evidence available and both are in use , that is we are getting benefitted from it.
In the next article we will discuss  about Stone Age and its different classifications in detail . So friends stay connected with us and get benefitted from these valuable notes.
ALSO READ :  Archaeological Sources

Important International Days and their Theme